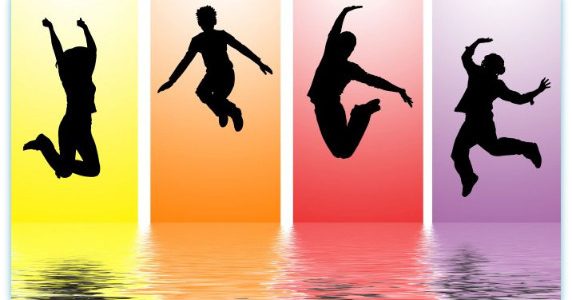 It’s a privilege to work with teenagers on Type. Nicky Gumbrell and I have had the great pleasure of running workshops together for youths as part of their college leadership programme and we have enjoyed every moment. It’s an exhilarating experience.

Working with teens has its own special dynamic. At this age they are no longer cocooned, as are primary school kids, but they have yet to stretch their wings and truly show their colours and fly. It’s definitely an emergent phase. However, as all Type enthusiasts will know, Type is innate, and to give these young people the opportunity to find out about who they are, and to know that it is OK to be that person, is an absolute privilege.

It’s actually quite hard to describe how teens take to Type. Generally they are less suspicious and cynical than adult groups. Their young fresh minds are keen to learn something new, they are in student mode and therefore expect that learning is part of the deal; and yet a day all about them, rather than following the curriculum stuff, is quite a treat. They appear to have a certain resilience about them but at the same time I believe that every teenager needs a ‘Handle With Care’ label discretely tied to them as it’s almost impossible to tell when they are having a fragile moment. If any of us could pick a time in our lives when we were at our most self absorbed I would be willing to bet it would be in our mid-teens, so what better time to put their minds to the task of self discovery?

We are lucky enough to have these groups for the whole school day. The morning is taken up with a wide range of activities to self assess their Type on all four of the MBTI scales. We keep them moving, talking, writing, drawing, thinking, laughing and learning. We decided to ditch the idea of using any technology as it’s too hard to impress teenagers with anything other than amazing techno wizardry (which we didn’t have) and anything that smacked of a lecture would be doomed to fail. This was a wise choice!

In batches of 40 to 50, teenagers initially take on a kind of herd mentality. Like a group of zebras on the plains, no-one wants their stripes to look outstandingly different to the next persons. However, once given the chance to make a choice about their preferences they seize upon it. Gradually the zebras start to not only see some patterns emerging that they hadn’t previously spotted but also start to thrive in their type a-like groups, while recognising that if some-one is different to them it doesn’t make them wrong – just different. Wow! This is all great stuff!

The afternoon sessions rate way up there as my most enjoyable professional hours spent. I can hardly believe I get paid to do this! We play the Survivor game with a Type flavour to it. After getting everyone into type-alike groups in a human type table we ask them to imagine they are on the popular TV game show, ‘Survivor’. (If you haven’t seen it, it’s on You-Tube –  the good thing is that every teenager knows about it!) The idea is that you are placed in a remote area with people you have never met and you can be voted out of the game by your tribe if they decide you are the least valuable member. The questions and activities are as follows:

The mood of reflection, self discovery and ‘aha’ moments from the morning changes very rapidly to a cammerarderie of unique groups who form a very special connection. They had heaps of fun doing the exercise and the feedback was astounding and outstanding.  Here are some examples:-

We’d get voted off because: not thinking through ideas; not stabbing people in the back (integrity); people may not like how we organise the group

We’d win because:  We have energy; we can see the big picture; we deal well with sudden change; we’d make good alliances; creative; good at winning people over; inventive; adaptable

We’d get voted off because: we’re too boisterous; feelings get the better of us; acting on feeling rather than strategy

Motto:  We shall overcome

We’d win because: good at developing strategies = making alliances; use imagination and insight to solve problems; flexible but we still keep the big picture in mind; leading new projects

We’d get voted off because: we take risks; we’re up front leading and promoting the big picture and this would seem a threat to others

Motto:  Extra Sense for the Journey

We’d win because:  Relationships developed because we work well in groups; build alliances and get more noticed as benefiting the tribe when you contribute; follow patterns from previous successful players; more respected when you involve yourself and interpret other’s feelings; strategies for long term success.

We’d be voted off because: overpowering and intimidating; not considering the whole tribe’s ideas; creative ideas may be more successful – new plans; may become distracted from the aim; not accepting things don’t go to plan

Team Motto: Just do it!

We’d win because:  We use logic and past experience to make decisions;

We’d get voted off because: Jealousy

We’d win because:  We’re easy going – people like us so unlikely to vote us off; hands on people; can adapt to situations and we are capable of any task.

We’d be voted off because:  We may be too laid back; we may get distracted; if someone hurts us, it may hold us back; decisions may not be effective.

Team Motto:  ‘Cos we control the world

We’d win because:  we have the ability to remain calm in a crisis so we are able to think things through

We’d get voted off because: we tell it like it is and our strong willed personalities can be seen as a threat

We’d win because:  We are dependable; we can rely on each other for help; we think about our task and our ideas before we apply them; we are responsible and we honour our commitments to our team; we help others; we share responsibility of tasks

We’d get voted off because:  we have a lack of communication; we avoid the spotlight and speaking for the group is more difficult; we lack an assertive motivating leader even though individually we are motivating we cannot easily delegate.

Team name:  TBTEE (team better than everyone else)

We’d win because:  We pull our own weight; good at being hands on; we do what works well; efficient; we are strong willed and TOUGH.

We’d get voted off because:  We may seem too independent and structured; think too much and controlling in all situations

Team name:  The DOVE Tribe (interestingly – all guys in this group)

Team motto:  Treat others how you want to be treated

We’d win because:  we wouldn’t conflict much and we would get along and not give people a reason to vote us off first at least

We’d be voted off because:  we would be seen as too quiet and a liability, not an asset

Team Name:  Kashin (have attributes of the elephant)

Team Motto: Our values and beliefs lead our decisions

We’d get voted off because: we’re values driven; curious; happy to be alone; emotional; have trouble deciding

Team Motto:
Shhh! (You won’t hear us but we will win!)

We’d get voted off because: we wouldn’t – we’re too competitive; too quiet; others would not be able to understand us

We’d win because: we will not be seen as a threat and will secretly come up with strategic plans to make the final two; we have many physical capabilities which are unknown.

We’d get voted off because:  we don’t express our ideas for the team at the start as we take time to develop critical ideas

You’ve just got to love them!!!

As I reflect on how much these groups learn in such a short space of time I am filled with hope that they each have a gift of understanding that they can take with them throughout their lives. I truly wish this had been given to me in my early years. It is possible that I wouldn’t have had the maturity to know what to do with it, maybe that takes time. Nevertheless, it is worth the effort to give young people the opportunity to see the world from a different perspective, one which I hope will make a difference for them. Taking type to teens is truly a pleasure and a privilege.

If you are interested in running youth workshops at your school or youth group please be in touch.